Thanks to all your help I have a new cover for Kilty as Charged, too! Now I have to rework the Kilty Conscience…  but in the meantime Kilty as Charged is looking good and it is 99c/Kindle Unlimited too!

Now for Pineapple Lies’ Final Vote! My artist has sent me final redesign versions of Pineapple Lies! If you were one of the people who didn’t like the skull, know I did my best to make him less threatening, but in the end, loved it too much to abandon it. I think he shows the balance between humor and thrills! But now I need to know which version I should use. TEETH, OPEN-MOUTH SMILE, LINE. This guy will probably end up being a bit of a mascot, showing up on every cover in one way or another. For instance, for Pineapple Puzzles, he’ll probably be smiling from the mouth of a gator!

The poll for voting is beneath the three examples below – Please vote! And if you have any other comments feel free to leave them in the comment section at the bottom or email me at amy@amyvansant.com. Thank you!!

Now Vote! You can vote for more than one if you like a couple.

Georgie Tanner’s excitement to be part of her historic town’s annual Franco-American commemorative charity event, but fun turns to tragedy when Gainesville’s least favorite resident drops dead at the party. In the chaos that follows the town harpy’s death, a priceless heirloom goes missing—the sword George Washington gave to the war hero who detained Benedict Arnold.  While Georgie is always ready to help her town solve a mystery, this one turns personal when someone suspects that Georgie may have been the one to serve the toxic dish! She must identify the culprit before she becomes the primary suspect… although as the investigation progresses, it’s not long before being a murder suspect is the least of her worries.

Murder at the Gallery – New Release – Kindle Unlimited too!
When Philippe Germain, the owner of a prestigious Seattle art gallery, woke up, he didn’t know he’d be dead in a few hours.
Do you have a photographic memory? What would you do if you were in Provence, France, and happened to see the same painting for sale by the same artist that your best friend had just bought from a gallery in Seattle? That’s DeeDee’s predicament. Join her, along with her significant other, Jake, a private detective, and her husky dog, Balto, as they search for the murderer of a well-respected Pioneer Square art dealer, but did he have secrets? There’s no lack of suspects. This is the sixth book in the Northwest Cozy Mystery Series by USA Today and Amazon Chart #1 Bestselling Author, Dianne Harman. You can enjoy this book for free with Kindle Unlimited! 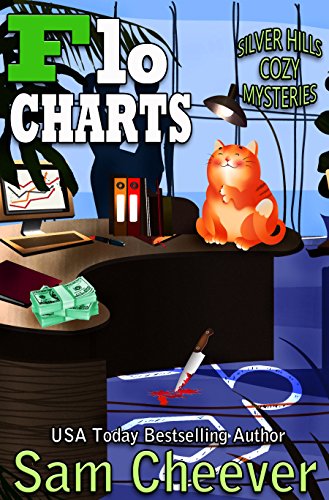 An array of fun and quirky characters, and a murder thatll keep you on your toes.

Two people are dead in an apparent attempt to hide a scam that would definitely bring Big Brother down on the killer like a ton of pig poop.