All the Covers, Name The Disco Contest and eBook Deals and Steals

All the New Covers

I’m finally done all the new covers (well, my lovely cover designer Steven Novak is). Thank you for all your help as I struggled to find a new theme for everything that better represent the series!

The next Pineapple Port novel should be finished and released in May – but first I need to name Jackie’s disco. There was a reference to Jackie’s underground 55+ dance club in Pineapple Lies, and in the new book, the characters find themselves trapped inside that disco. Who has trapped them? Why? How will they escape? You’ll find out in Pineapple Disco!

But first, I need some help naming the disco!

Give me your name ideas for an underground 55+ disco in the comments below or email me at amy@amyvansant.com and I’ll pick ten favorites to win a free copy when the book is released. The grand prize winner will get a signed print copy!

Enter AuthorsXP’s huge START-A-SERIES giveaway and you could win up to 90+ ebooks or a Kindle Paperwhite! In addition, you’ll get a chance at many more deals and freebies at the Book Fair and Series Guide after entering!

You can also grab a whole bunch of cozy mysteries for 99c this week at the ebook deals page!

And there’s a new chance to win $50 just by following a few authors on BookBub, FB, and Amazon! 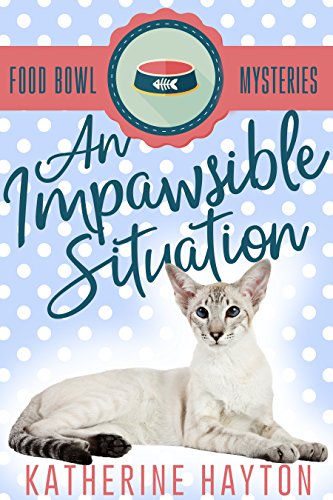 When his food is at stake, Thor must sacrifice nap-time. When Thor’s human puts the wrong brand of food in the cat bowl, it ruins his entire day. After numerous entreaties prove ineffective, Thor embarks on an adventure to find out what’s gone wrong. Confronted by a closed food store, a distraught shopkeeper, and with the crime of a kidnapped wife to solve, the task might prove Thor’s undoing. Add a gang of heavyweight cats and a council worker pursuing strays into the mix, and the brave little cat is soon out of his depth. The right brand of cat-food is an obvious necessity. But if Thor can’t keep his wits about him, he might end the night in the animal shelter rather than curled up on the couch at home. ‘An Impawsible Situation’ is the first in a new cozy mystery series told from the cat’s POV. Thor’s adventures continue with ‘Cat Red-Handed’ and conclude with the third in the series ‘You’re Kitten Me.’ Scroll up and one-click to solve the food bowl mystery today! 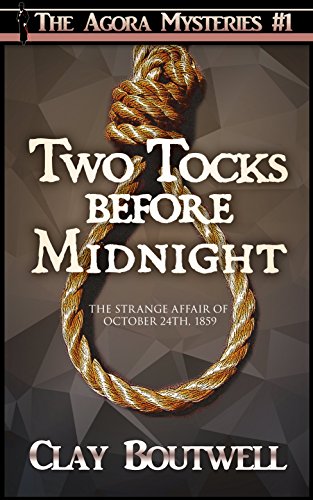 The Strange Affair of October 24th, 1859: When a flurry of forgeries appear in museums and among collectors, the members of the Agora, a society dedicated to the betterment of man, take it upon themselves to stop the rogues. But among the members, there is a traitor. Among the forgers, there is a murderer. As friends betray their own and souls are sentenced to death, suspicions and tensions mount. Only one man, Carl Brooke, has the knowledge and expertise to stop the murderer. But will he succeed? Or will the night of October 24th, 1859 forever remain an unresolved mystery?–If you like Sir Arthur Conan Doyles Sherlock Holmes books or stories set in the 19th century and with a touch of mystery, you will love Two Tocks before Midnight.This is the first in the Agora mystery series. Carl Brooke and the Agora societys crime-solving escapades continue with additional stories. If you would like to read them all, please search for ‘The Agora Letters’ for five stories for the price of three.