A stealth photo through my screen as I was laying dying in my room after moving mecha-Godzilla from my basement.

I should have known better. I used local Ebay once before and the guy showed up to pick-up my enormous bureau, alone, with one arm. He weighed about seventy pounds soaking wet (it might have been eighty before the arm went missing). I mean, sorry about the wing clipping, but maybe give me a  heads-up to have someone around or bring a friend? Instead, I dug deep for Hulk strength to help him get it in his truck.

But that was nothing compared to our latest Ebay fiasco. We sold our embroidery machine, which weighs approximately one million pounds. I warned the winner of the auction repeatedly how large the machine was and told him he’d need three or four large men to move it across our rough, uphill yard. He said little. Finally, driving from several states away, he said “we’ll be there in two hours” and I thought, he said we. Thank goodness. He finally listened.

When he arrived, I watched his gray-haired wife spring out of the passenger seat a wrestle a contraption from the van. She was hunched with age.

“I’m the workhorse!” she announced.

The contraption in her hand turned out to be her husband’s walker, which she trotted to the driver’s side so he could use it to slowly roll himself towards me. It had a chair built into it, so he could rest every few feet.

Am I on Punk’d? Are they reviving Candid Camera again?

I waited for the the strapping young movers to pile out of the back of his mini-van, but, nope.

The worst part was when we slowly walked around back to show him the machine my husband and I had spent all morning rolling from the back of the basement to the patio, Pa Walker said, “That’s just like our other one.”

So he knew exactly how heavy it was.

The monster machine needed to be rolled to the front of the house, over rough grass and up a hill, so I made Ma and Pa shuffle off to Home Depot to buy thick sheets of wood (which also weighed a ton) so we could build a boardwalk and roll the machine from one to the next over the grass, running the one in the back to the front as we made slow and steady progress. This took me, my husband Mike, and two of our strongest neighbors to accomplish. I’m still out of breath.

Pa watched and barked suggestions from his rolly-walker. Ma we had to shoo away as she fluttered around us looking like a pale wet rag, unable to help, grumbling about the two G.I. bleeds she’d suffered the month before.

Probably, because her dippy husband has her carry the whole refrigerator to him when he wants a beer.

GIVEAWAY! (this is a smaller event so you’ve got a better chance to win!)

Win Action-Adventure eBooks or a Paperback! 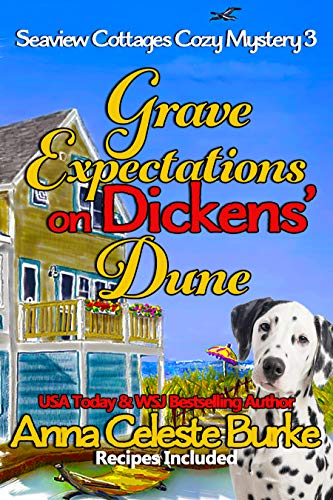 Miriam, Domino, the Grand Old Lady Detectives, & Charly’s Angels take on a cold case that will have you wondering what the dickens is going on until the very end!

A cold case doesn’t stay cold for long when Judith Rogow asks for help in locating her ex-husband’s grave. Although evidence pointed to foul play, the police never found his body and Allen Rogow’s disappearance remained an unsolved mystery. That all changes when an ex-convict makes a deathbed confession claiming someone murdered Allen Rogow and buried his body on Dickens’ Dune. As the cold case warms up, it becomes clear that Allen Rogow had lots of secrets. Was he killed to make sure he’d take them to his grave?

The investigation has barely begun when Miriam discovers she’s been keeping another of her dead husband’s secrets. Are the secrets you don’t know you’re keeping the most dangerous? Let the twists and turns begin as Miriam and her friends unravel the mystery on Dickens’ Dune in their own special way. 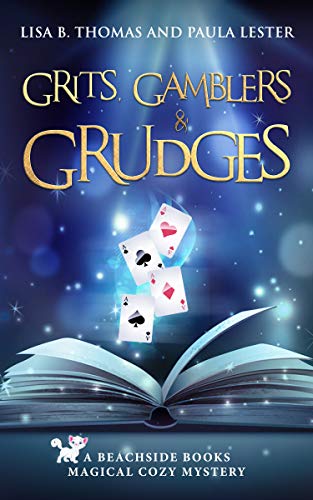 NOT ALL GAMBLES PAY OFF IN ACES!Now that Paige Murphy has the beachfront book shop she inherited from her aunt back on its feet, she sets her sights on finding a place of her own to live. And the sooner the better after the plumber finds a dead body buried in the book store’s basement.Was sweet Aunt Nora a killer? And just who was the person under the pipes?Paige must roll the dice and bet on herself to uncover the mystery behind this cold case. With the help of her pirate ghost roommate and coven of quirky friends, she hopes to set the record straight on who buried the body in the basement.Grits, Gamblers and Grudges is Book 3 in the Beachside Books Magical Cozy Mystery Series.This paranormal cozy mystery (with a cat) is perfect for fans of ­­­­­­­­Charmed and Amanda M. Lee’s books. Get your copy today and join in on the fun. 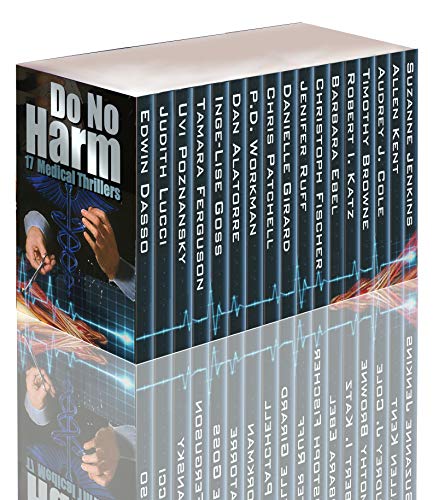 Do No Harm: Seventeen Medical Thrillers

DO NO HARM is an extraordinary, limited collection of medical thrillers written by USA Today, Wall Street Journal and Amazon best-selling authors!Do you crave reading books with nail-biting suspense, twisted plots and great characters who get caught up in whirlwinds of crime, deception and lies?Do you love sitting on the edge of your seat, wondering who will survive…and who won’t?From the mountains of West Virginia, to acute care hospitals, the battlefields of the Middle East and the hallowed halls of our educational system, join us for these incredible stories of healthcare gone wrong.>>>If you like Robin Cook, David Baldacci and Patricia Cornwell, this collection is for you!Do No Harm is a binge-readers dream – 17 medical thriller books in one! And you can only get this collection of books from this group of authors here! Grab your copy today and find a comfortable chair!