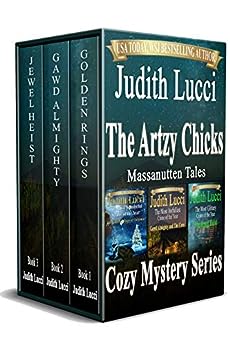 If you do, come and meet Lily, LauraLea and the pets at the Art Galley where a group of eccentric, talented but zany artists create in their Art Gallery at a Five Star Mountain Resort. Lily and LauraLea venture out to solve serious crimes and find themselves smack dab in the middle of the most wonderful, glittery and yet the most awfullest situations possible.

Don’t miss the sleuthing fun times of the Artzy Chicks with their unlikely of sidekicks; Gawd Almighty, the opossum, Vino, the wine loving yellow Labrador retriever, and certainly last but not least, a snake eating cat named Rembrandt.