“Amy is one of my favorite authors. I highly recommend all of her books. No matter what genre she writes in, she manages to create books that demand that the pages be immediately turned to find out what happened,because you really care about the characters.” – Dianne Harman, USA Today and Amazon Chart #1 Bestselling Author

The Pineapple Port romantic comedy mystery series is about a girl named Charlotte who grew up in a Florida retirement community… fun, love and mystery ensues!

The book will appeal to young and old, male and female, as the main characters are the hotties falling in love, but the rest of the cast are her neighbors and surrogate mothers and fathers in the 55+ community.

Loosely based on my mother-in-law’s 55+ community in Florida, except the real place is even crazier. 🙂

The Pineapple Port crew takes a road trip to the Outer Banks, North Carolina, only to discover “body bits” in their vacation home. The nursing home next door is run by some suspicious characters and one of their residents is missing. 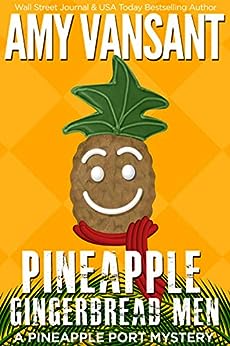 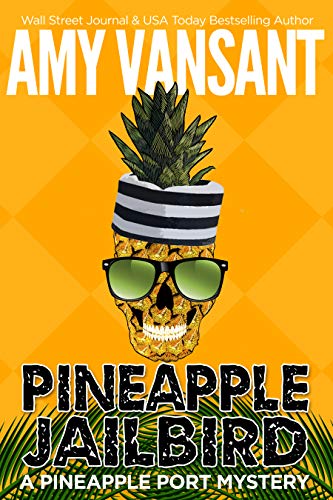 Book EIGHT of the hilarious Pineapple Port mystery series from Wall Street Journal and USA TODAY Best-Selling author Amy Vansant has Charlotte awaking to find Mariska and Bob gone, kidnapped from their home. Their disappearance is a message from the a familiar killer — Help me or your friends will disappear. 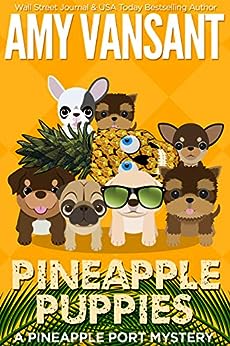 Pineapple Turtles can be read as a standalone.

In addition, you’ll meet some of the characters of Amy Vansant’s much-anticipated NEW mystery series releasing in spring of 2020! Get a sneak peek at another wacky, wonderful world of intrigue and unforgettable characters!

When a Pineapple Port resident is found dead during an approaching hurricane, Charlotte fears someone’s trying to disguise murders as storm-related accidents. The first two victims have more than the storm in common – both were hoarding valuable storm supplies like toilet paper and water.
Hm. Maybe the killer is karma!
Bringing together the area’s community leaders to spread a warning could lead to even more trouble. Last time the Five Families got together, someone ended up dead. But things could be much deadlier if Declan’s crazy ex is right and the Puzzle Killer’s broken out of prison…
And did that lamppost just explode, or is someone trying to kill Charlotte and Declan?
Charlotte vows to solve the crime before the storm hits. Mariska and Darla vow to find some toilet paper for sale, even if they have to call in help from their old neighbor, the revenge-genius, Gloria.
Buckle down for a blustery ride as the storm hits!

A clean, happy mystery with a strong female lead, a touch of romance and lots of laughs. The series is popular with both men and women, safe for all ages, and appeals to fans of Jana Deleon, Janet Evanovich and any other funny, feel-good thriller / mystery author.

When Declan and his uncle Seamus find a dead woman in the master closet of a house for sale, Seamus hopes that means he’ll get a deal…but private detective Charlotte Morgan is more interested in why the body has a note pinned to its chest:

Where are you going to keep YOUR clothes?

When another body with a second note is found at a listing held by the same real estate agency, Charlotte is hired to find out who’s trying to ruin them. The handsome owner of the agency has a way with the ladies… is one of his jilted lovers out to demonstrate just how angry a woman scorned can get?

Too bad Charlotte’s neighborhood “moms,” Mariska and Darla, can’t help with this mystery — they’re on a treasure hunt that’s definitely going to cost them their weekend… and maybe their life!

FEATURES BONUS SECRETS FOR YOU TO FIND! Spot the house show clichés and the last name of a fellow cozy mystery author!

1. Which characters did you think killed Declan’s mother and why? Did you guess the culprit before the end?

2. Did you think it made the novel better or worse that it wasn’t written in first person and you were able to “be in the heads” of several characters?

3. Besides the main characters, what stood out in the story? The descriptions? The secondary characters? The dialogue? Did you have a favorite character?

4. Did you find the description of older people in the book fair?

5. Did the book make you want to read more books with the same characters?

6. How do you think growing up in a retirement community affected Charlotte?

7. Did you find the characters and situations believable?

8. Who was your favorite and least favorite character?

9. What if there was a mystery but no murder in the novel? Do all mystery novels need to have a murder?

10. Do you think Charlotte and Declan would make a good couple?