Remember my new friend Shelby? We watched Shelby plod away, exit stage left, yesterday… and then saw her reappearing stage right… That’s when I realized the new creature wasn’t Shelby, but another gopher turtle headed towards Shelby’s house as fast as her little scaly legs could carry her. Drama! She crawled right into Shelby’s hole as if she’d been lurking in the underbrush, watching, waiting for her to leave. Shelby was spotted later munching away on the greenery…I don’t know what happened when she went home and found that vixen in her cave.

But he doesn’t look happy, does she?

I will tell you, later that night, a black snake popped his head out of her burrow. Was he there for an illicit tryst with Vixen? Is he Shelby’s ex-boyfriend?

Tune in for another explosive episode of Reptile Housewives of Jupiter!

Could be Shelby is running a reptile Air-BNB…but the drama isn’t helping with my stress. For the next three days we’re having popcorn removed from our ceilings, and my office looks like Dexter is preparing to kill us both…

Win eBooks or a Paperback! 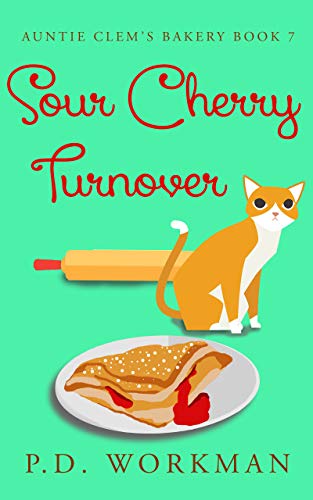 Erin told anyone who would listen that she was not concerned about The Bake Shoppe reopening, but in her heart of hearts, she was worried about whether Auntie Clem’s Bakery would be able to survive a direct competitor in Bald Eagle Falls. She can’t help feeling resentment toward Charley starting up a competing business and expecting her advice and support.But a brutal murder soon reminds her that there are worse things than competition. Especially when she is discovered with the murder weapon in her hand.Worried that Vic’s brother Jeremy may be involved, Erin tries to protect him from the investigation.Treasure seekers, drug dealers, and secret tunnels; Erin needs to untangle it all before time runs out. 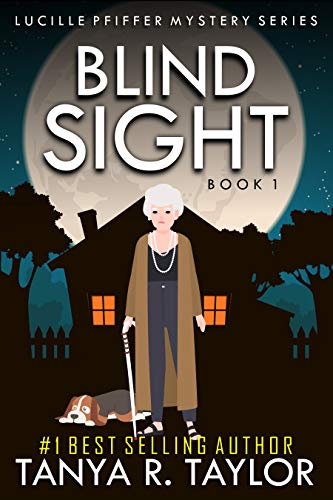 Lucille Pfiffer sees, but not with her eyes. She lives with her beloved dog Vanilla (‘Nilla’ for short) in a cozy neighborhood that is quite ‘active’ due to what occurred in the distant past. Though legally blind, she plays an integral role in helping to solve pressing and puzzling mysteries, one right after the other, which, without her, might remain unsolved. The question is: How can she do any of that with such a handicap?