Every year about this time I like to browse Yandy.com because the costumes there are so ridiculous. They take me back to a time when I was a teen and Halloween was all about getting away with looking sexier than you could on an average day. But back then, it meant maybe stuffing tissues in your bra, or wearing big leather boots or a long wig. Now they’ve turned women into sexy hamburgers and this year, sexy emojis.

They also liberally rip-off trademarked icons like Wonder Woman. Put a girl in a Wonder Woman outfit and DC Comics will drag you off to court. But slap an ill-fitting tu-tu on her, and boom! You have “American Woman Hero” costume!

They even turned elephants into sexy costumes. Suddenly, Hey baby, want to see what’s under my big tent? is a come on. I can’t think of anything less sexy than implying clowns and carnies are hiding in my nether regions.

I thought the women were getting the dumbest costumes until I found this guy doing unspeakable things to a monkey. I think he’s supposed to be riding it, but…why? Who does that? Who said, “What we really need is a costume of a dude riding on the shoulders of an upright-walking monkey with weird, poofy little monkey boobs.” And who then said, “Yes! Why didn’t I think of that?!!”

This AuthorsXP.com giveaway is running until Monday – win horror ebooks just in time for halloween!

Win Amazon Gift Cards! – Each week I give away $20 gift certificates to readers for following authors on BookBub, Amazon, etc. All you have to do is follow them, and you’re entered!

Bed and breakfast with a side of murder!

Can Jennifer track down who killed her nasty neighbour before she becomes the next victim?

A festive and funny Romance, with lots of bad behaviour and Christmas spirit. After what is going down in history as the worst day of her life  so far  Annie Anderson, finds herself on a train heading home for Christmas.Going against all the laws of travelling on British Rail, she strikes up a conversation with the angry man opposite. After downing his supply of brandy (residing in a convenient hip flask) they soon discover they have something in common.He needs a girlfriend and she needs a boyfriend  for Christmas anyway.In a haze of brandy fumes, she agrees to be his date to a family wedding. In return, he will accompany her home and play the role of her boyfriend for Christmas.With no regard for her safety, armed only with Dutch courage, and her sense of adventure, she follows him into what can only be described, as the craziest Christmas ever.Be prepared for Christmas overload.

During a high school musical, a backstage saboteur plays increasingly dangerous pranks on the cast and crew. Gus LeGarde is drawn deeper into a mire of drama club theatrics. When someone is shot, he must find a way to stop the stalker. 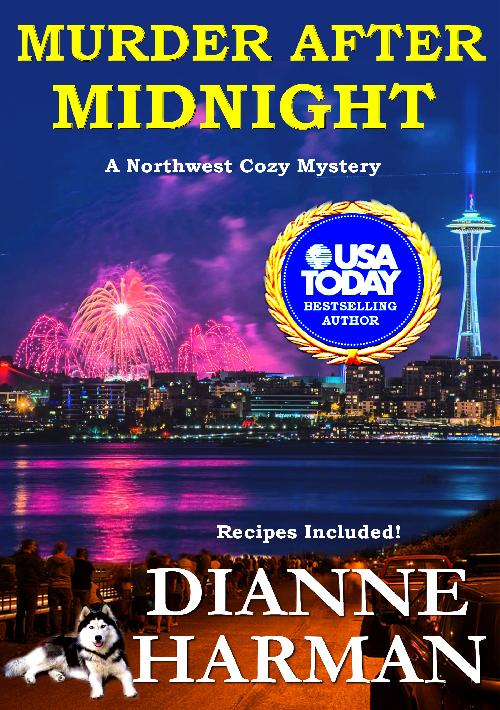 Ever heard of someone celebrating New Years Eve by committing murder? Well, it happened, and the killer is now looking for DeeDee!Thats the situation DeeDee found herself in after the very successful New Years Eve party she catered for Dana Donnelly, the popular hostess of the Seattle television entertainment show, New Day NW. The successful party quickly became a distant memory when Dana was found murdered near her pool house. It becomes a race against time to see if Al, her Mafia bodyguard, can find the murderer before DeeDee becomes the next victim. From USA Today Bestselling Author and seven-time Amazon All-Star comes the 4th book in the popular page-turning Northwest Cozy Mystery series. As always, theres plenty of food and mouth-watering recipes!

I’ve got one shot at my new journalism job, and I need to find a great story. When Ace walks into my life, a sexy, muscular and dangerous underground fighter, he might just be the lead that Im looking for. Do I chase the story and lose him?

The Genesis of Evangeline

Evie, isnt your average seventeen-year-old girl. Finding out her entire life was a lie has been scary enough, but whats terrifying is discovering who shes destined to become.

A Venture of the Heart (Silver Bay Book 1)

And with those frigid words, karma kicked his ass and blew his dreams into a million tiny fragments…

Something strange is happening in the city of Everett, Washington and Father Niccolo Paladina is tasked with investigating demonic activity. As his world collapses around him, Niccolo will be left with one terrible question: what is my faith worth?