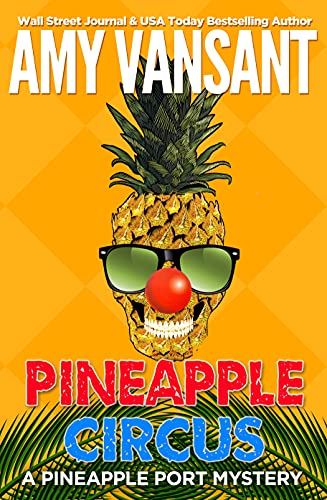 Now in the center ring… murder!

Newly-minted private detective Charlotte Morgan, resident orphan of the Pineapple Port 55+ community, discovers she might not be an orphan after all. Stunned by the news, she distracts herself with a cat burglar who left a smear of make-upped whiskers on a sliding glass door, and a path straight to “Clown Town” a retirement community for retired circus performers.  When a fortune-teller doesn’t see her own death in the cards, Charlotte’s 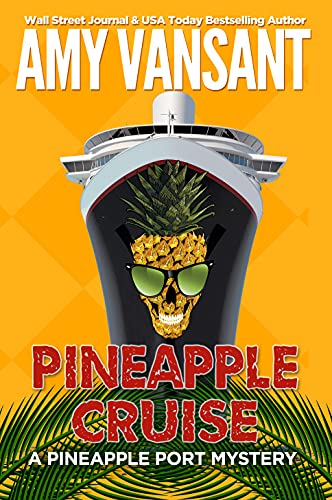 Charlotte’s neighborhood moms, Mariska and Darla, can’t help with this one. They’re busy infiltrating an underground golf cart racing ring, led by a shady operator and her toady sidekick…

When another circus performer falls victim to the Big Top Killer and Stephanie goes missing, Charlotte finds herself walking a highwire of danger…this killer isn’t clowning around!

WARNING! Fans of the series will be particularly shocked by the breathless ending! (though every book can be read as a standalone).

When Mariska trades the brisket she won at “Meat Bingo” for three tickets on the new Gulf Voyager cruise ship, she, Darla and our detective Charlotte enjoy a ladies cruise to Key West. But when passengers start dropping like anchors, they find themselves afloat in the middle of the Gulf of Mexico…and a murder mystery. 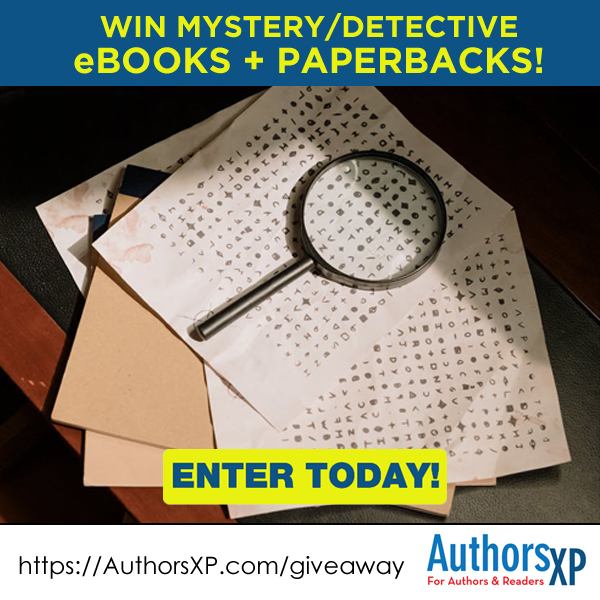 Other Steals & Deals from my friends…

When Amy moved back home and opened a cute little pet salon, she never expected her work to be interrupted by death. It’s especially odd when the victim is a nurse…

Aren’t medical professionals supposed to know how to stay alive?

The big clues suggest this rowdy nurse drank a little too much and then never woke up. But that doesn’t sit well with Amy, and it’s not long before she’s poking her nose where it’s not wanted.

Not surprisingly, it’s not long before Amy uncovers evidence that suggests the death of the nurse was murder — and she and Granny set off to catch the killer before there’s another murder in town.

But this killer was smart, they covered their tracks, and Amy suspects the key evidence is in a briefcase that’s under lock and key.

The closer Amy and Granny get to catching the killer, the more danger they find, and the angrier the local cops become.

With threats mounting, and more secrets than the ladies can count, Amy knows this case has to be solved before another victim turns up.

Will Amy solve the murder or will the killer claim another victim? 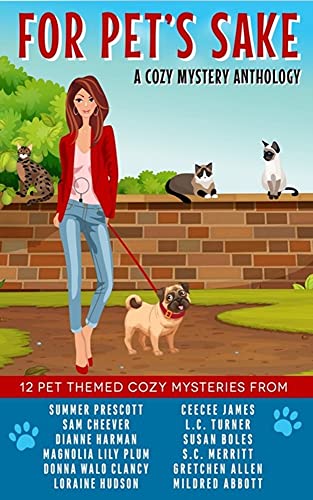 Finally, a cozy mystery anthology just for pet lovers! Join your favorite authors as they share their love of pets in this brand new pet-themed collection of cozy mysteries.

Al De Duco is a man with a not so pleasant past,
A Chicago past that included being a very high-profile figure in the mob.
But he left that all behind when his boss, a mob leader, was murdered.
Now he has a new life in Seattle that includes an adoring wife and being on the right side of the law as a private investigator.
Even if his methods for solving cases can be somewhat unorthodox at times,
He’s the happiest he’s ever been, and then the call comes.
A friend from his mob days needs his help.
And will it cost him the new life he’s made?
Tough choice.
Sometimes it’s hard to make peace with the past.
But when murder is imminent, nice to know there’s a dog to watch your back!Join Al, his old friends, and a dog named Hero, as they try to prevent another murder. Hopefully not Al’s.This is the 17th book in the Northwest Cozy Mystery Series by a USA Today Bestselling Author. 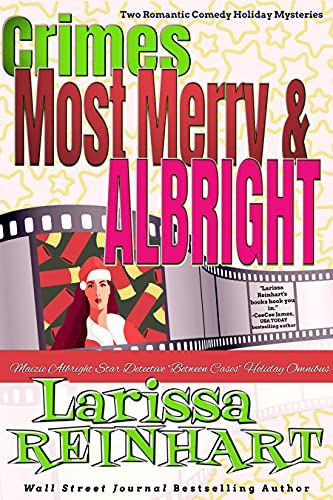 Life is good for Stella O’Neil. She’s found her mother at last and is finally getting a chance to get to know her after 20 years apart. She’s also just landed the listing of a lifetime!

Trouble always seems to find Stella though and this time it feels personal. When she goes with her client to visit the beautiful remote mansion, her client is brutally murdered. No one else is around for miles. Stella becomes the prime suspect. It’s up to Stella to clear her name and find the killer.

She has no clues to follow until files start disappearing from her computer. Soon a threat follows. Stella is sure if she can find the person responsible, the hacker can lead her to the killer. But she doesn’t have much time until she herself is arrested and tried- will she go to prison after her mother was just released?