Winner of the Python Challenge, my Radio Interview and Giveaways-Deals

I was featured on the ConversationsLIVE podcast hosted by Cyrus Webb – and I was in good company! He’s interviewed a lot of writers, musicians and television personalities…including Kool from Kool and the Gang.  How kool is that? You can hear me babble about writing…find out how the Kilty series came to be, and a few other confessions!

You can hear me chat with Cyrus here!

Winner of the “Name the Python” Challenge!

Almost 300 of your threw your python name in the hat for this one and the puns were flying. Many of you went with “Monty” of course, and I’m a huge Monty Python fan, but I had to narrow things down… so the following entries win the Pineapple Jailbird ebook when it’s available!

Neil – Eden (Straight from the garden!!!)
Ana Cordoba – Gorge the Bottomless Trickster (no idea what this means but it made me laugh.)
Jim – They call me, “The Squeezable Mr. Py” (of course they do.)
Shirl Halverson – True Bone (again, no idea, but made me laugh.)
Margene Bonachea – Darth, because he is an inVADER. (ha!)
Paul – Deep Throat (ha!)
Lisa – Arty Fang (ha!)
Carol – Joe Blake (Carol told me Australians using rhyming slang call snakes “Joe Blake” so I learned something!)
Randy Mccumber – Kenny Stabler (my husband is a Raiders fan so he knew Kenny’s nickname was The Snake.)
Denise M Caesar – McSqueezer (ha!)
Jennifer Beck – Julius Squeezer (ha!)
Wanita Tonn – Missy Strangles (ha!)
Opal – Pretzel the python or maybe basilisk , basil for short (One of my favorite books growing up was “The Book of the Dun Cow” which had basilisks in it, so it made me smile to see that word, oddly. )
Linda Mercado – Henry Huggins  (ha!)
Lori Brower – Denver D (for Denver Dragon) (again, no idea, but made me laugh.)
Miki Babbitt – Told me a whole story about a pet snake named Spike (which was a popular entry)
Thomas Palmer – Charmin. As Mr. Whipple said, “Please, Don’t get squeezed by the Charmin” (ha!)

While I loved all the puns, the character with the snake is pretty uneducated, so I don’t think he’d be clever enough to come up with a good pun. So, I picked the name that seemed simple, but also clever!

Winner of ebook AND paperback…

Ashley B – Knuckles – just because he doesn’t have any. 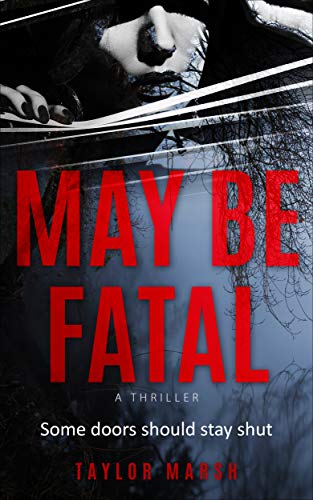 MAY BE FATAL: A psychic profiler, a time puzzle, a psychological thriller

NEW RELEASE! A psychic puzzle, a time riddle until the plot unfolds…Dr. Kate Winter carries the event to each crime scene.When the party at Riverbend Road in Maryland escalated. No one was prepared for where it would lead.