Your Opinion on a Pineapple Face-lift, Book Specials and Giveaways

I sent some of the newsletters out with this link instead of the KILTY cover page: For Kilty go here thank you!

So after much soul searching I’ve decided to redo the covers on my Pineapple Port series. (Book Six is about 10k words done right now, FYI – should be out in April some time…) While I thought the style of my current books (seen here) made me stand out, too many people over the years have told me they didn’t give it a second glance because they thought it was a children’s book! So it makes me sad, but it has to be done.

I think I’m going to go with something like this, below. This is very rough, and the pineapple in the middle would be drawn in a sophisticated manner and probably a different skull design, but this is the general idea.

This series is mostly cozy – it’s clean and funny and goofy…but there are the occasional sharp edges, so it spills into classic mystery as well and I don’t want to turn off the cozy people or the Janet Evanovich fun mystery people either.

I’d love to know your input! Do you like the direction? What are your favorite covers? Visually, what makes you buy a book? Please let me know in the comments below! (and by the way, click here to get Pineapple Lies for FREE if you don’t already have it! 🙂 )

Finnegan MacGillivray, red-haired, freckle-faced social pariah, finds solace in his mother’s garden while she entertains “dates” in his home. When an accident takes the life of a friend, Finnegan buries the evidence amid the purple dead nettle and bougainvillea, and unearths a treasure trove of human remains. Did his house rest atop an ancient burial ground? Or was there a killer tucking him into bed at night?

His fascination with bones grows as fast as his obsession with his mother. She rejects his advances, and he escapes to the other side of the country. Years later, he returns to his childhood home, to the secrets and the guilt and the bones — and to fulfill his destiny. 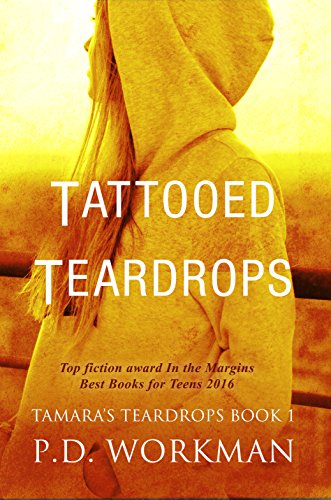 Tattooed Teardrops is the winner of the Top Fiction award for the 2016 In the Margins Best Books for Teens book award!I dont plan on getting in any trouble.Hoping for a fresh start, fifteen-year-old Tamara thought that when she got out of juvie, life would be easier. But things don’t go as planned, and before long, it seems like her life is spiraling into chaos. If she cant prove to her probation officer that she is innocent of the allegations against her, shes going back to prison, and Tamara just cant let that happen.’For me, a sign of a good book is that it is a quick read, holds my interest front to back and I like the characters. This book met the mark on all three of those characteristics.”A slimy villain, an eager-to-please side-kick and a heroine who simply wants to move on from her past make for an intriguing tale, indeed! A realistic and beautiful story filled with suspense, heart-breaking friendship and loyalty that will keep you reading until the very end.’ 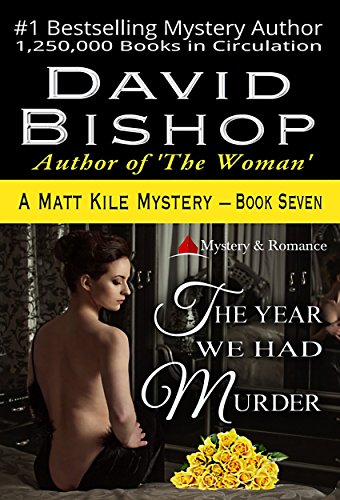 The Year We Had Murder, A Matt Kile Mystery

* AMAZON LIST OF TOP-RATED MYSTERY SERIES * AMAZON LIST OF BEST-SELLING MYSTERY SERIES The latest Matt Kile Mystery is a frisky, sometimes over-the-top, romp through Hollywood, a town with its own manner, imagery, and code of conduct. Matt finds himself smack dab in the middle of the craziness when he’s invited to a Hollywood party where nothing is as it seems. The party is at the home of a famous film producer, who’s married to the big screen’s current sex symbol. Matt takes his favorite date, Clarice Talmadge, to the gathering of silicone starlets and movie moguls.This stylish murder mystery could be called an edgy cozy or a private detective story absent gratuitous violence. The one thing it isn’t is a predictable story of murder. One of the editors described it as a tongue-in-cheek slide into an unexpected conclusion.The Year We Had Murder is book seven in the Matt Kile Mystery Series.

Navy instructor Pilot, Luke Hastings, has his wings but he’s no angel until a shy, sexy engineer lures him in and threatens his heart.

Available on Kindle Unlimited/ .99 on Kindle

This one is all 99c cozy mysteries (plus a bonus Kindle Fire giveaway there too!)

And then one for fans of sweet romances! (with bonus 99c and Free books)